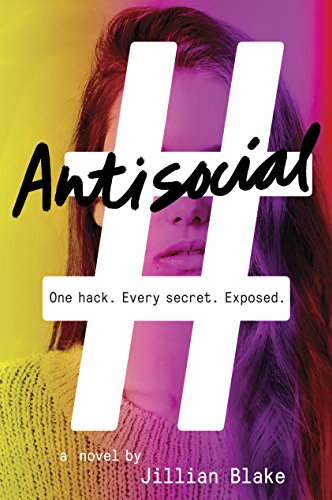 It is the stuff of modern nightmares. An entire school’s innermost secrets exposed on social media. One can not imagine a thriller more targeted on the newly born angst of an entire culture.

A spring like any other at a Washington, DC-area prep school. Everyone settling in for the countdown to year’s end and nothing out-of-the-ordinary is on the horizon. Suddenly a series of hacks exposes the secrets of the student body to everyone when their personal messages and photos are leaked. Our narrating character, Anna, is not the only one whose life is being turned upside-down by the massive privacy breach, but she gets the message quickly: Sometimes we share too much.

The elevator pitch on this one is “Pretty Little Liars meets WikiLeaks,” which pretty much nails it. Antisocial (Delacorte) is smart without being preachy. A compelling look at a timely topic. ◊