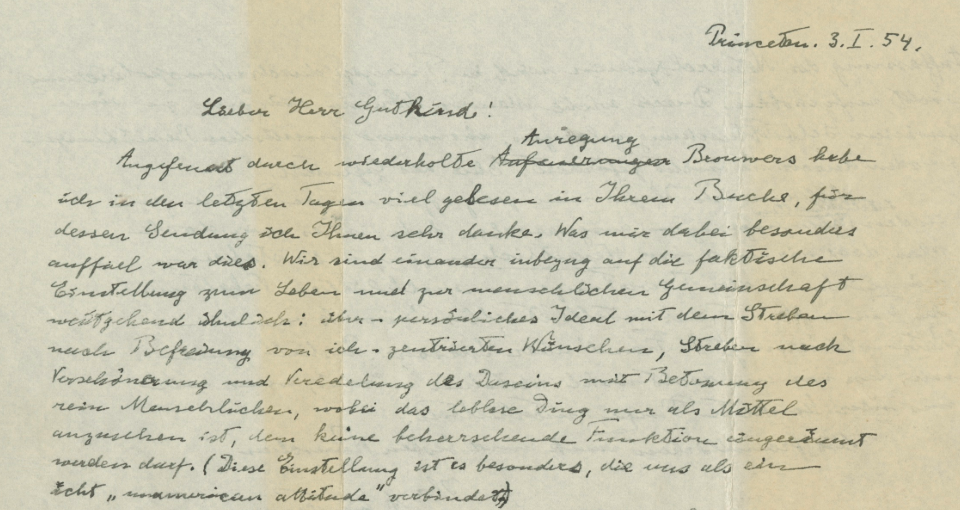 A letter Albert Einstein penned in German in 1954 will be sold at Christie’s at auction next week. Expected to fetch both controversy and a pretty penny, Einstein’s infamous “God Letter” calls into question alm

ost every aspect of Christian dogma. From the auction catalog:

“Einstein’s single most famous letter on God, his Jewish identity, and man’s eternal search for meaning. This remarkably candid, private letter was written a year before Einstein’s death and remains the most fully articulated expression of his religious and philosophical views: “The word God is for me nothing but the expression and product of human weaknesses, the Bible a collection of venerable but still rather primitive legends. No interpretation, no matter how subtle, can (for me) change anything about this.”

Christie’s senior specialist in books and manuscripts said that Einstein’s God letter is “one of the definitive statements in the Religion vs Science debate.” The auction estimate of $1,000,000 to $1,500,000 confirms that thought. From Christie’s blog:

The reader cannot help but feel the gravitas of the letter, which was written in German and sent from Princeton. Not only does the letter contain the words of a great genius who was perhaps feeling the end fast approaching, it addresses the philosophical and religious questions that mankind has wrestled with since the dawn of time: Is there a God? Do I have free will?

The God Letter will be offered by Christie’s on December 4th. You can follow the sale here.